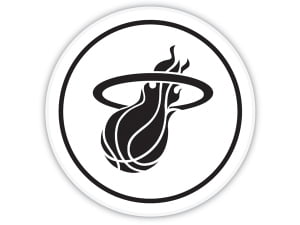 Tuesday morning in Italy. I see there are 5 NBA games scheduled for tonight, my lazy italian bookmaker has odds for 2 of these games. It’s enough to place my first bet of the week.

Indiana (20-14) is seven-game home winning streak, the club’s longest since an eight-game run Feb. 27-March 30, 2010, as we can read in NBA.com preview for this game. Tonight the Pacers are without George Hill and Danny Granger, both injured. Yesterday the club signed Dominic McGuire to a 10-day contract, anyway, surely he is not set to be in the starting five. Indiana and Miami has not met yet this season, but last season the Heat defeated the Pacers in the playoff.

Miami (23-9) is the best team in Eastern Conference, thanks to a 7-3 record in the last 10 games and a 7-6 record in away games. No injured players announced for Miami tonight. Ok, it’s enough for this match: let’s back Miami.